An Ant Considers the Universe

Many times as we consider the existence of God, our mind turns to the thought that if God made us, who or what made God?  Where did God come from? When did God come into existence? Has He always existed? Once we find ourselves asking these infinite questions (which we cannot possibly answer) in their perplexity, some turn from a belief in God altogether.

Let’s use an ant to illustrate. The famous biologist E.O. Wilson said that an ant colony is more than a collection of individual insects. All together they form a single super organism. One of the largest ant colonies ever found in the world covered an area of approx. 45 square meters.  Ant colonies are truly fascinating. It is amazing what a colony of ants can do. They build complex structures and roads. They have a complex society with well defined roles.

Ants are capable of dealing with complicated problems. They have specialist jobs – many ant colonies even have cemeteries. The cemetery workers live at the edge of the ant city where their sole responsibility is to arrange the dead, and parts of limbs, and rubbish, and to bury it. They dispose of the dead to protect the nest from disease.  The worker ants do all the work in the ant colony. They collect the food, look after the colonies young, and defend the colony against unwanted intruders. 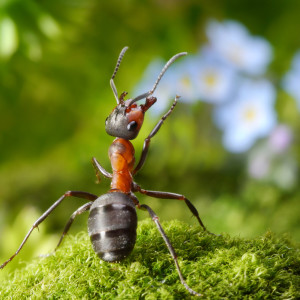 Now, imagine if while out foraging for food one day, one of these little worker ants, for the first time in his life, takes a moment out of his busy schedule to look up into the sky, and at that precise moment he catches a glimpse of a passenger jet flying 30,000 feet over his head. 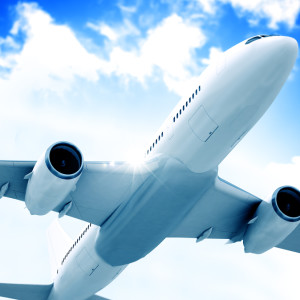 Shocked and bewildered at what he has just seen, he also for the first time observes big white fluffy clouds suspended against the beautiful blue sky, and he sees the leaves of the tall trees that surround him glowing in the dappled rays of the sunshine.

Usually too busy to notice, he is now aware of the birds singing their sweet songs. As he drinks in all of these new and wonderful sights and sounds he starts to feel very small. Pondering in his heart all that he has just seen and heard he goes back to his work.

At days end as darkness falls he ventures out of the nest and into the night. Looking up he beholds the sky has changed colour. The tall trees are now silhouetted against an inky backdrop. Thousands of bright stars cover the sky, and 384,400 km away the splendid moon in its fullness gives off its glistering light, which shines down gently on his little face. 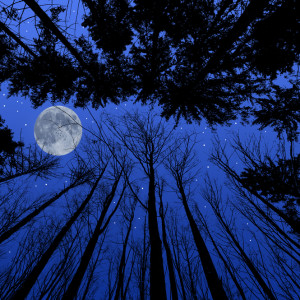 In awe inexpressible at all that he has seen and heard during this most eventful day, the little ant’s thoughts drift back to the aeroplane that first caught his attention, and thinking to himself he questions, “Where did the bright shining object that streaked above my head come from?  What is it for?  Who made it?”

Notwithstanding that he is a clever little ant living amongst a teeming multitude of clever ants all well able to solve the quite complex problems they face from day to day keeping their sophisticated ant city running smoothly, after many hours of pondering the origins of the aeroplane, he fails to come up with any answers. He now feels very, very small; his awe and wonder has turned to discouragement, and he drags his discontented self back to the nest.

Little does the ant know that his questions are easily answered. Aeronautical engineers designed the Boeing 747 that flew over his head; it was manufactured in the Boeing factory, at 8415 Paine Field Blvd, Everett, Washington USA. And on any given day over 100,000 planes traverse the skies carrying people all over the world on trips for business and pleasure.

Of course the ant cannot possibly know or understand any of this because these questions are just too big for his little ant mind. Even if the ant lived a million lifetimes he could never understand the unbelievable complexity of how the aeroplane was made; how it operates or who made it.  And so it is with us; the wonderful world in which we live testifies to us on every side of the unspeakable power of the Creator God.

Everything our eyes behold and our ears hear, give sufficient evidence for the candid mind to believe. And God in His Word tells us: “Hast thou not known? Hast thou not heard, that the everlasting God, the LORD, the Creator of the ends of the earth, fainteth not, neither is weary? There is no searching of His understanding”. Isaiah 40:28

God has not revealed to us the full details concerning His original, self existent life, but He certainly has given us enough information on which to base our faith in Him. “Before the mountains were brought forth or ever thou hadst formed the earth and the world, even from everlasting to everlasting thou art God.” Psalm 90:2.  “Thy Throne is established of old: thou art from everlasting.” Psalm 93:2.

Let us not, like the ant in this parable, turn from belief in the Creator of the universe because a full knowledge and understanding of God and His wonderful ways are not comprehensible to our finite understanding. “For my thoughts are not your thoughts, neither are your ways my ways, saith the LORD. For as the heavens are higher than the earth, so are my ways higher than your ways, and my thoughts than your thoughts.” Isaiah 55: 9,10 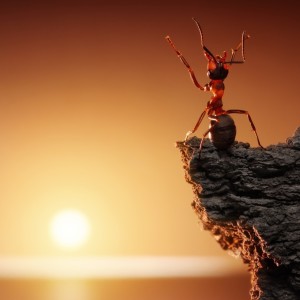